Refineries, gas plants, and fuel storage facilities are at high risk for accidental spills or gas leaks. Site safety policies ban obvious ignition sources like cigarettes, lighters, and mobile phones from the processing area to prevent explosions. Generally, international rules and company policies limit gasoline engines to the perimeter roads and only allow diesel engines in the process area. While diesel engines are a safer choice due to a less flammable fuel in the tank and no spark plugs or high voltage ignition system, they are not without risk.

Diesel engine runaway, and its potential for igniting a vapor release, was identified during the late 1960s, and refineries began requiring automatic overspeed protection devices as far back as 1972. Subsequent studies and a history of fatal refinery explosions around the world have confirmed this dangerous phenomenon. At relatively small concentration levels, a hydrocarbon can be pulled into a diesel engine and consumed as added fuel, causing the engine to overspeed uncontrollably. At this point, turning off the ignition key will not stop it.

Automatic air shut off systems are the only proven, reliable means to stop a diesel engine once it has begun to overspeed. These devices are installed on the engine’s air intake system and monitor the RPM speed. When overspeed is detected, the valve snaps closed, choking off the air and shutting down the engine.

AMOT designs and manufactures air intake shut off systems in a wide range of styles and sizes to fit all engine types. 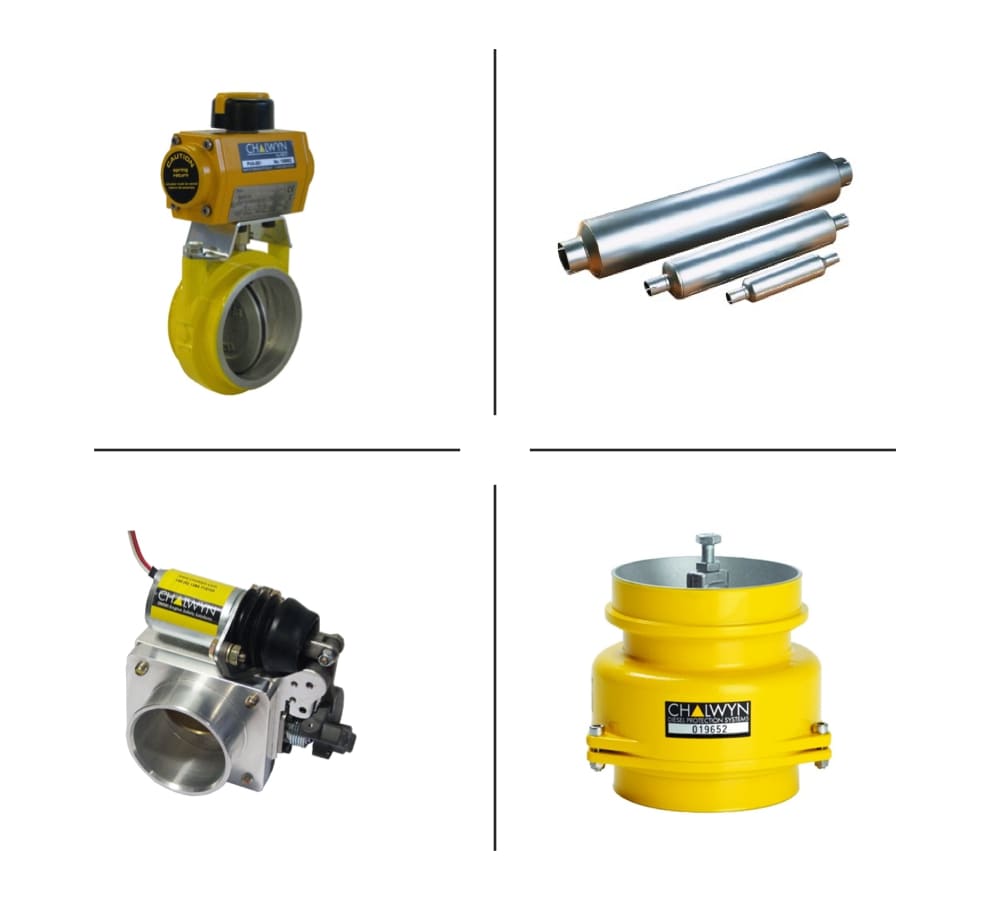 Spark arrestors are designed to prevent the risk of fire due to spark emissions from diesel engine exhaust systems. They are commonly used in marine, oil & gas, mining, forestry and other hazardous area applications. 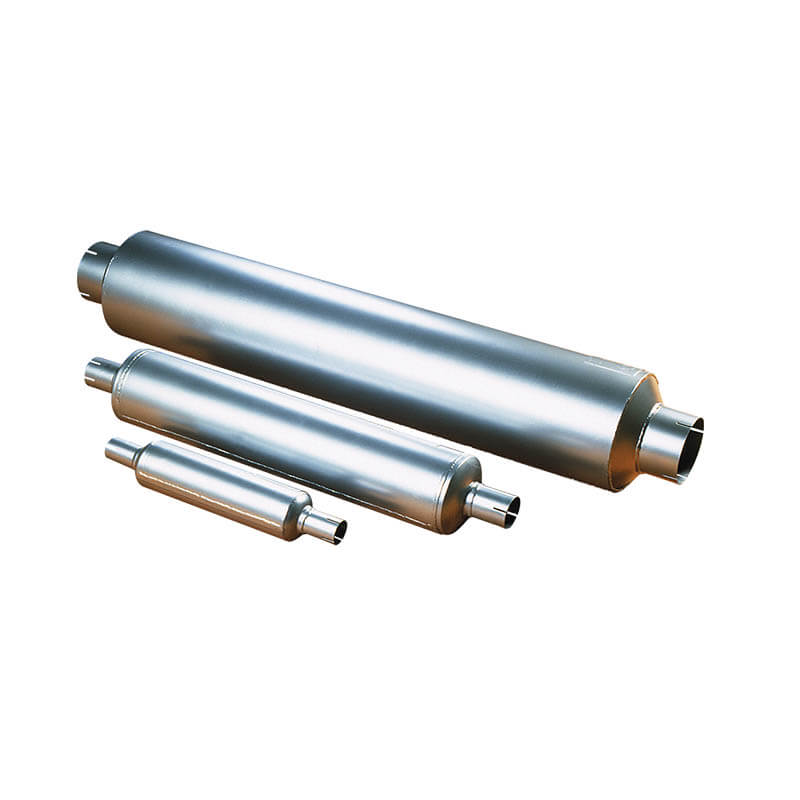 Standard automotive type alternators are a continuous potential source of ignition when operated in hazardous atmospheres where combustible concentrations of gas, vapors, or dust may exist. AMOT offers a range of hazardous area-rated products which mount on diesel engines as direct replacements for standard alternators. 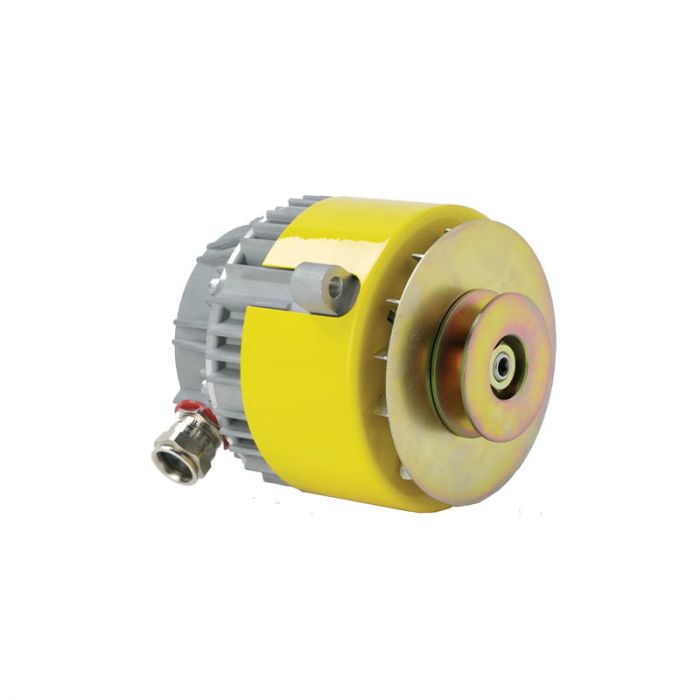 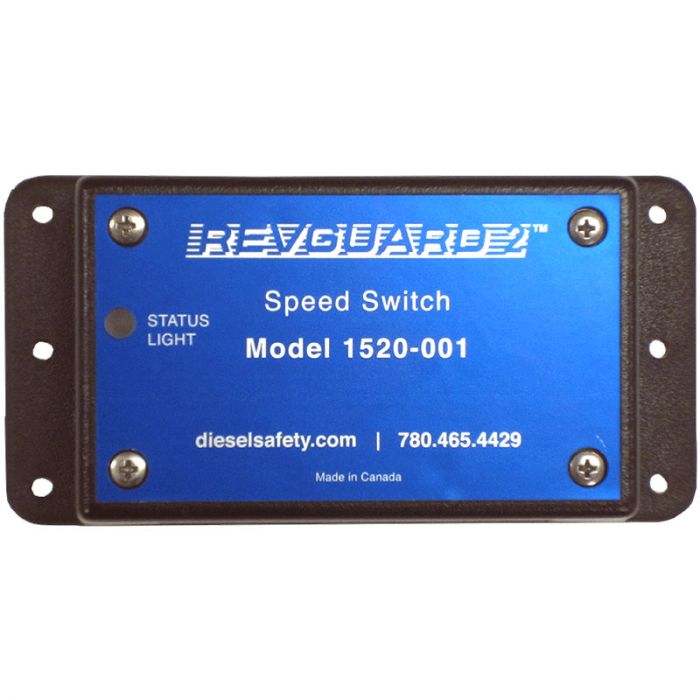 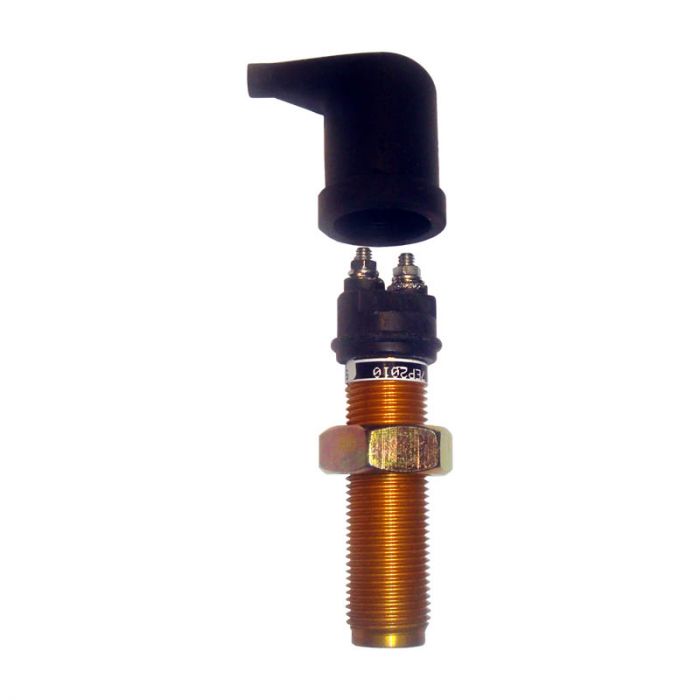